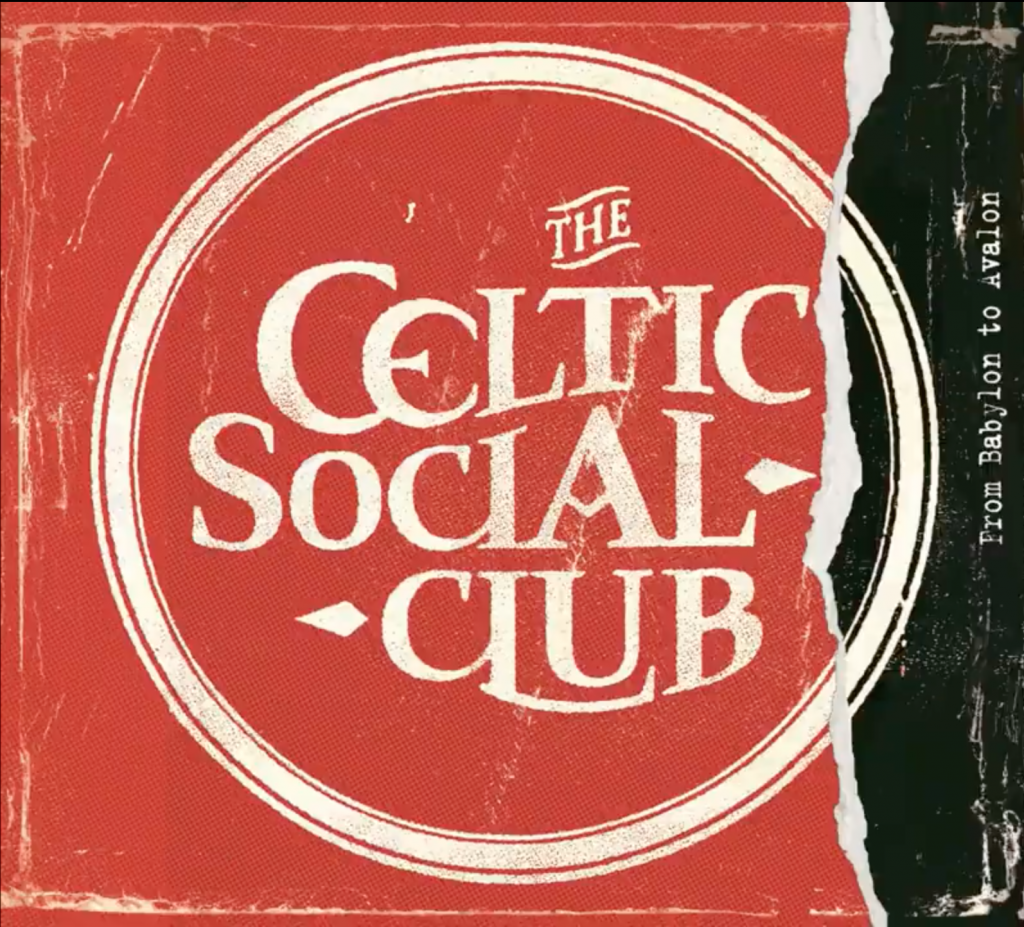 The Celtic Social Club are set to release their third album. ‘From Babylon to Avalon’ is set to be released on 26.04.

Superformation indeed. The 2019 line-up is impressive. A feast for the connoisseur. A welcome introduction for them who have not yet experienced Keltic music:

Five years after their inception, THE CELTIC SOCIAL CLUB are still thriving upon their traditional heritage, but also widening their influences to the richness of other genres and cultures. THE CELTIC SOCIAL CLUB have been pursuing a fascinating journey in the modernization of traditional tunes from Brittany, Ireland, Scotland and Asturia, to make a few. On their third LP, the band, boosted by the arrival of new lead vocalist from Ireland, Dan Donnelly, have never sounded so tight and powerful, nor so relevant and fresh.

Recorded and produced in France, then mixed in the US by Manu Masko and New-Yorker Ariel Borujow (Black Eyed Peas, Cee Lo), these ten new tracks demonstrate the idiosyncratic synergy between tradition, songwriting and live energy. THE CELTIC SOCIAL CLUB  are forging a new way to bridge the gap between Celtic, rock and pop music with such compelling authority.

After previous shows in USA, China, Spain, Switzerland, Germany, Turkey, the Czech Republic and Algeria, new live dates are coming up in and the UK. Traditional yet progressive, original yet fast becoming a new sensation at venues throughout the world. THE CELTIC SOCIAL CLUB are a vital link between the past and the future of music.

Their third studio album is due for release on april and is set to exceed the already successful and critically acclaimed predecessors.

This site uses Akismet to reduce spam. Learn how your comment data is processed.